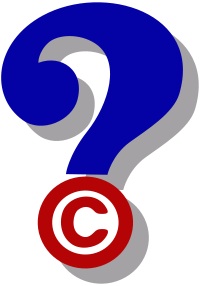 I heard the the “GMen” want Apple to unlock my iPhone, so that they can see the “stuff” I have saved in there.  I thought my iPhone was encrypted and that only my passcode would open it. What gives?

Signed,
I’d Rather Not Say

You heard mostly right. The FBI got a judge to order Apple to create some special software that removes the passcode security features on an iPhone used by one of the San Bernardino terrorists. The Feds say that is the only way that they can find out who else the bad guys communicated with before they went on their terrible shooting spree. Sounds like a slam dunk case, right? Who would say that what they want Apple to do is a bad thing? Who hates freedom and supports terrorists?

To hear the FBI Director tell it, Apple. That’s who!

He’s been saying for some time now that a child will die because Apple encrypts your “stuff” that you store on your iPhone. It also seems that other Feds agree, because around Thanksgiving last year, they all agreed to a National Security Council Directive that the government would do everything that it could to break into iPhones and other encrypted devices. In this particular case, they are using a 1789 law called the All Writs Act to force Apple to hack its own software. Apple has said that it will file objections.

Why would Apple not want to catch terrorists? Because, according to Tim Cook, Apple’s CEO, encryption protects all of us, and once you show how it can be defeated, then not only the FBI, but spies, cybercrooks, and totalitarian governments will have access to private information. Today, we store so much personal and private data on our phones that the prospect of having it all exposed should make you shudder like a cold blast from the Polar Vortex. The former Director of the NSA and CIA, General Michael Hayden, agrees with Apple. The present CIA Director John Brennan, does not.

The legal issues in the case will likely focus on whether the government can force a private company that had nothing to do with a crime to expend a lot of effort, write a lot of new software and do what is, after all, the FBI’s job – investigation of a crime. Apple may also say that the NSA has lots of experience hacking the iPhone, so it should do the FBI’s dirty work. Finally, this may be a First Amendment free speech issue: can Apple be ordered to “say” something in computer code that it does not want to say?

Regardless of where this case ends up, the central issue is our privacy as citizens. Perhaps the late Justice Scalia said it best: “There is nothing new in the realization that the Constitution sometimes insulates the criminality of a few in order to protect the privacy of us all.” Arizona v. Hicks, 480 U.S. 321 (1987).

Have some “stuff” that needs to be protected using patents, trademarks, copyrights, trade secrets, and contracts? Ask the attorneys at LW&H. Their iPhones have very complicated passwords!

Want to learn more?  The Doc recommends this article.