Cannabis and Cake: Lessons from the Ninth Circuit 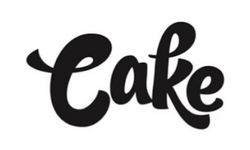 The United States Court of Appeals for the Ninth Circuit recently handed down an important opinion for the Cannabis world. Before we get into the weeds (so to speak), let’s start with some basics. Possession and use of cannabis on the federal level is illegal. It is referred to as a Schedule 1 drug under the Controlled Substances Act (CSA). Various states, some 18 of them, have legalized possession and use of cannabis despite federal laws to the contrary. The active ingredient in the cannabis plant is THC (tetrahydrocannabinol). Hemp is a type of cannabis plant cultivated for industrial and other purposes, which contains less than 0.3% THC. Cultivation of hemp is legal under the federal 2018 Agricultural Improvement Act (Farm Act). Delta-8 THC is an extract of the cannabis and hemp plants and may have psychoactive effects. Delta-8 THC may be an ingredient in some vaping devices. Now, back to the case.

Boyd Street appealed the ruling to the U.S. Court of Appeals for the Ninth Circuit. In its appeal, Boyd Street conceded that it infringed AK Futures’ copyright registration on the CAKE logo but argued that the district court conflated copyright and trademark, which are distinct forms of protection. The Court Appeals agreed that trademark and copyright protection should not be confused but found that any such confusion was harmless error because it was clear that AK Futures possessed trademark priority and, therefore, would succeed on the merits of its trademark infringement claims —  a predicate to obtaining a preliminary injunction. It’s not apparent what advantage Boyd Street thought it would achieve by conceding that it infringed the AK Futures copyright, but its concession underscores how copyright protection can serve to add an important additional layer of protection to a logo.

The crux of Boyd Street’s appeal, however, was not the copyright infringement dispute, but, rather, it argued that AK Futures’ CAKE trademark was invalid because CAKE was an illegal product under the CSA. It is settled law that federal trademarks cannot be granted for illegal goods or services. So, if Boyd Street’s argument prevailed, AK Futures would not be able to prove a likelihood of success on the merits of its trademark infringement claim and would, therefore, lose its appeal. Of course, AK Futures argued that possession and sale of Delta-8 THC is legal under the Farm Act; Boyd Street argued to the contrary.

In the most significant part of the Ninth Circuit’s opinion, the court held that products derived from hemp, that is, the Delta-8 THC component of AK Futures’ vaping products, was a legal extract under the Farm Act. The Circuit Court looked to to the plain language of the Farm Act:

The term “hemp” means the plant Cannabis sativa L. and any part of that plant, including the seeds thereof and all derivatives, extracts, cannabinoids, isomers, acids, salts, and salts of isomers, whether growing or not, with a delta-9 [THC] concentration of not more than 0.3 percent on a dry weight basis. (7 U.S.C. § 1639o(1).)

The only metric under the Act for distinguishing controlled cannabis from legal hemp is the concentration level of THC (< 0.3%). Thus, the plain meaning of the text embraces any extract or derivative of the hemp plant, including Delta-8 THC. The court wrote:

On the available record, the delta-8 THC in AK Futures’ e-cigarette liquid appears to fit comfortably within the statutory definition of “hemp.” According to the company’s uncontradicted declaration, its delta-8 THC products are “hemp-derived” and contain “less than 0.3” percent delta-9 THC.

Boyd Street countered, arguing that the DEA considers delta-8 THC to be a Schedule 1 substance and that it was Congress’ intent that it remain so when it enacted the Farm Act. The court disagreed, opining that even if the DEA considered Delta-8 THC a controlled substance, for which it did not see any evidence, the plain reading of the Farm Act was unambiguous as to the legality of extracts and derivatives made from the hemp plant. Furthermore, the court was unable to determine that it was Congress’ intent to criminalize Delta-8 THC and that it would not substitute its own policy for that of Congress. According to our knowledge, this is the first instance where an appellate court has affirmed the legality of Delta-8 THC derivatives made from hemp.

The court concludes its opinion by stating that Boyd Street failed to persuade it that the District Court “should not have issued an injunction.”

If you are interested in cannabis-related topics, let us know and we will continue to follow this fast growing area of the law.