Death of a Poster Child 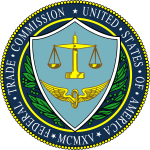 A poster child for patent trolls, that is.  MPHJ Technology gained notoriety and the ire of states, the Federal Trade Commission and Congress by buying several weak patents for $1 in 2012 and then sending out over 16,000 demand letters to businesses across the U.S. demanding payment for alleged infringement.  The patents relate to scan-to-email technology.  The letters demanded nuisance payments that were substantially less than the costs of litigation.  The letters claimed that many businesses bought licenses from MPHJ and that MPHJ would sue any business that did not respond to the letter. At least three states attorney general and the FTC said that the claims were false and deceptive.

In the absence of prompt action from the Federal government, the states led the charge. Vermont, Minnesota and New York sued MPHJ under state consumer protection laws and extracted agreements from MPHJ to stop its deceptive practices or pay substantial money penalties.  In the case of New York, MPHJ agreed to refund any license fees already paid.

Never ones to pass on an opportunity, anti-patent forces launched several efforts to limit the rights of all patent owners based on the actions of MPHJ and multiple bills were introduced in Congress.  Fortunately, none of the bills were enacted into law.

Late to the game was the , which began investigating MPHJ and its attorneys, Farney Daniels, in 2013.  With the FTC poised to sue, MPHJ jumped first and sued the FTC.  A Federal district court promptly threw out MPHJ’s lawsuit.  MPHJ and the FTC reached a settlement in 2014  by which MPHJ and Farney Daniels agreed not to mislead alleged infringers on pain of substantial money penalties.  Chalk that one up as a win for the FTC.

The private sector also stepped in.  Ricoh, Xerox and Lexmark, which know a thing or two about scanning technology, challenged MPHJ’s principal patent before the Patent Trial and Appeal Board (PTAB) in an inter partes review.  Ricoh, Xerox and Lexmark won – the PTAB determined that the claims of the MPHJ patent were invalid as anticipated and obvious.  The Federal Circuit Court of Appeals has now affirmed the PTAB decision.

Hopefully, the MPHJ saga is over, having lasted only slightly longer than the U.S. participation in WWII.

But wait, there’s more.  MPHJ was (and is) owned by one person, Texas lawyer Jay Mac Rust.   The Securities and Exchange Commission has filed charges against Mr. Rust for securities fraud relating to the theft of money from escrow accounts as part of a Ponzi scheme from 2010 to 2012.