Descriptive Trademarks Before the Board: Apple Loses One 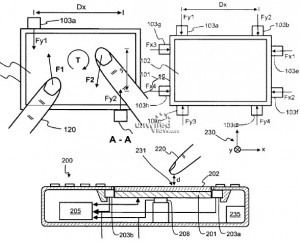 When clients ask us to file a trademark application, one of the first things we evaluate is the strength of the proposed trademark.  Is it a strong, distinctive mark that will pass muster with trademark law, or is it a weak, non-distinctive mark that will inevitably be rejected by the Patent and Trademark Office (PTO)?   We have posted articles on this subject in the past but a recent case before the Trademark Trial and Appeal Board (TTAB) involving Apple, Inc. (Apple), provides a fresh reminder about how important it is to choose a distinctive trademark.

Apple recently filed a trademark application for registration of the term MULTI-TOUCH for International Class 09 goods identified as:

The examining attorney refused registration of the mark because, in her opinion it was merely descriptive of applicant’s goods. Apple, subsequently, filed an amendment to its application asserting that even though the mark may be descriptive, it had acquired distinctiveness or “secondary meaning.” The trademark examiner was unpersuaded by the evidence offered by Apple and again refused registration of the mark. Apple appealed to the TTAB, which affirmed the decision of the trademark examiner.

A descriptive mark obtains “secondary meaning” or “acquired distinctiveness”  when in the minds of the public the primary significance of a trademark is to identify the source of the product rather than the product itself.  The TTAB in the Apple case wrote that the greater the degree of descriptiveness that a term has, the heavier the burden the applicant has to prove that the mark has attained secondary meaning.

Central to the TTAB’s decision was a “descriptiveness analysis” of the MULTI-TOUCH mark based upon the examining attorney’s evidence.  First, it looked at  multiple definitions of “multi-touch,” all of which were similar:

an interface is generally called “multitouch,” when it involves using one or more fingers on the screen or touchpad to perform special gestures that manipulate lists or objects on a screen without moving a mouse, pressing buttons, turning scroll wheels or striking keys

The TTAB next referred to numerous articles — and there were many — that described multi-touch technology in connection with various devices — telephones, personal computers, and others — manufactured or created by multiple companies including, Apple, Google, Hewlett-Packard, Fujitsu and others.

From the evidence marshaled by the examiner, the TTAB concluded that  “multi-touch” not only identifies the technology used in applicant’s devices, but also how the interactive surface operates, and how a user of the goods operates the device. Therefore, it concluded that “multi-touch” is a “highly descriptive” feature of the identified goods (not to mention, of course, that every technology company under the sun uses or refers to “multi-touch,” too). The TTAB reasoned that because of the highly descriptive nature of the mark, Apple had failed to meet its burden to provide sufficient evidence that the mark had obtained secondary meaning.

It will be interesting to see if Apple appeals, but in the meantime, the The TTAB decision is a fine example of what a descriptive marks is and why one should take care to choose a mark that is distinctive.