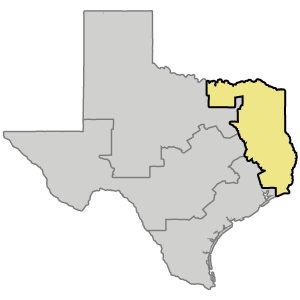 The Eastern District of Texas is a large rural Federal judicial district.  The biggest city is about the size of Allentown, Pennsylvania.  Not what you would expect of a hotbed of patent litigation.

Why so many patent infringement cases in rural Texas?  Why so many before Judge Gilstrap?  In short, what Switzerland was for banking, the Eastern District of Texas became for patent plaintiffs.   Switzerland developed banking rules that favored persons who made decisions on where to deposit large amounts of money.  The Eastern District of Texas developed rules that favored persons who made the decision of where to file patent infringement lawsuits.  The Eastern District developed procedures that moved patent cases quickly to trial, that were generally friendly to patent plaintiffs and that were relatively expensive for patent defendants.  For a history on the rise of Marshall, Texas as a center for patent litigation, see Kaleigh Rogers’ article.

Last month we told you how the Supreme Court’s new TC Heartland decision effectively pulled venue for most patent cases from the Eastern District of Texas.

In TC Heartland, the Supreme Court limited the venue over patent cases against corporations to the state of incorporation or “…where the defendant has committed acts of infringement and has a regular and established place of business.”

We do not yet know whether these factors will be enough for the Eastern District to hear the cases, but Congress is watching and considering whether to limit the venue of patent infringement lawsuits even more.