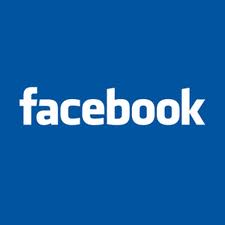 By now, anybody in the know who uses Facebook, is scrambling (or has scrambled) to get their own vanity user name. On Saturday, June 13, 2009, Facebook opened the door for an estimated 200 million users to select any “username” they wanted virtually without limitation.  The benefit is to have a URL which reads “Facebook.com/UserName,” instead of ending “id=123456789,”  thereby making Facebook URL’s more user friendly. According to one report, Facebook gave out more than 500,000 user names in 15 minutes.  Facebook provides few guidelines in choosing a user name other than suggesting that it be as close as possible to the user’s true name and one that he or she would be happy with for the long term. On the other hand, Facebook warned that it reserved the right to remove or reclaim a user name at any time and for any reason.

So what does this policy say about members who claim user names not their own but like “MyCocaCola” or “LeviStraus” or some other brand we know and love?  Facebook understands that this may pose a problem so for a period of time preceding the opening of the user name floodgates, FaceBook permitted owners of trademarks to submit their marks to Facebook before June 13, 2009.  Facebook represented that once an owner’s submission is approved, it would reject usernames, which conflicted with registered trademarks.  Unfortunately, Facebook has now closed the door on trademark submissions so you’re on your own to police your marks.  If you find that a Facebook user name incorporates your mark, you may still report it to Facebook by completing a Notice of Intellectual Property Infringement (Non-Copyright Claim).  How effective Facebook’s policing of user names will be is yet to be determined.  If it’s ineffective, then you have to resort to traditional remedies such as sending cease and desist letters. We’ll keep you posted as we learn more.

Many thanks to Carol Fritz, Esquire for bringing this issue to our attention.