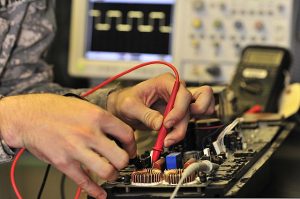 If one of your electronic car components fails or your cell phone dies, good luck getting it fixed or even diagnosed by a third party.  Your auto mechanic may not have the tools to diagnose the problem (and can’t get them) and good luck finding a third party to repair your cell phone.  Folks have been complaining for years about the throwaway economy and it’s getting worse now that manufacturers are able to block you from repairing and even diagnosing equipment that you “own”.  Well, the iFixit organization wants to fix that.  iFixit devotes its energy and resources to promoting “the right to repair” as a fundamental consumer right. It recently reported that it’s finally making headway at least in the area of fixing software driven components.

A major obstacle to expanding the right to repair has been the United States Copyright Act. Under the Digital Millennium Copyright Act (DMCA), section 1201, it is illegal to circumvent computer code that prevents copying or modifying most software-controlled products.  The restriction prevents or inhibits repair of many software-controlled mechanical systems. Organizations such as the iFixit Organization and the Electronic Frontier Foundation have spent considerable resources battling anti-consumer applications of the DMCA. Recently, there has been some good news on this front. Under the DMCA there are certain exceptions to the “circumvention” provision. Every three years, the US Copyright Office opens its rule making procedure to consider extensions and additions to the circumvention exceptions. In late October, the Copyright Office finished its triennial rule making in this area adding certain important exceptions that promote the right to repair. Here’s a brief summary of those items that are now exempt from section 1201 of the Copyright Act:

You can now “unlock the following devices to enable them to connect to alternative wireless networks:
*    Cellphones
*    Tablets
*    Mobile hotspots

You can now “jailbreak” certain devices to allow them to interoperate with or to remove software applications:
*    Smartphones
*    Tablets and other all-purpose mobile computing devices
*    Smart TVs

You can now repair motorized land vehicles (including tractors) by modifying the software, including access to telematic diagnostic data

These are just a few of the changes but there were disappointments. iFixit’s petition to open up game consoles for repair was denied. Boats and airplanes were excluded from the liberated mechanical devices listed above and you still can’t circumvent copy protection on HDMI for purposes of “expanding the TV ecosystem.” Moreover, restrictions on the creation and distribution of circumvention tools limits repair of many electronic products.  The latter is the subject of recent, but as yet unsuccessful, legislative efforts ( Unlocking Technology Act) .

We believe that right to repair should be coextensive with ownership so we will continue to follow this important topic.