Social Scientists Confirm What We Already Know — Branding May Be Superficial, but It Is Effective 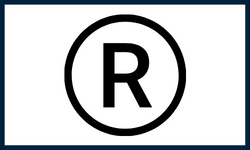 If you needed confirmation about the value and power of branding, here’s what the latest research into evolutionary biology has to say about it. The Economist recently reported that two researchers at Tilburg University — Rob Nelissen and Marijn Meijers — discovered that brand indicators may be more powerful than previously imagined.  The results of their research are to be published in a forthcoming issue of the Journal of Evolution and Human Behavior.

According to The Economist, the researchers performed various experiments aimed at learning the influence of prestigious brand clothing as suggested by their logos. Here’s what they discovered. In one experiment, volunteer subjects were shown pictures of a person wearing a polo shirt that was digitally altered to include no logo, a designer logo (Lacoste or Hilfiger), a non-luxury logo, or no logo at all.  The subjects were asked to rate the status and wealth of the person wearing the shirt. When the designer logo appeared, the subjects rated the person as a higher status and wealthier than if no logo were present.

In yet another experiment, volunteers watched two videos of the same person being interviewed for a job. When the interviewee wore a shirt with a designer logo, the observers rated him as more suitable for the job and even agreed to pay him a 9% higher salary.

According to The Economist article, designer logos also affected charitable contributions. The experimenters found that women seeking to collect charitable donations, received 34 Euro cents more when they wore designer clothing than when their clothing was logo-less. According to the researchers, it’s all about signals.  Designer labels signal underlying quality analogous to the function of a peacock’s tail.  The “peacock with the best tail gets all the girls.”  To further test this phenomenon, the Tilburg researchers did the following experiment:

“Each volunteer was given €2 in 10-cent coins and told he (or she) could transfer as much as desired to an unseen partner, and that any amount transferred would be doubled. If both partners transferred all of their money, each would end up with €4. But because there was no guarantee that the unseen partner would give back any money at all, players tended to hedge their bets, and transfer only some money.”

“When shown a picture of their purported partner wearing a designer shirt, volunteers transferred 36% more than when the same person was shown with no logo (95 cents, as opposed to 70 cents). But when told that the partner was wearing a shirt given by the experimenters, the logo had no effect on transfers. The shirt no longer represented an honest signal.”

The study confirms another phenomenon, whereby a work of art is valued by the name of the artist believed to have created it, not the one who may have actually been the artist.  The tendency for humans to make superficial judgments about quality opens the door to counterfeiters.  “And people will willingly buy counterfeit goods, knowing they are knock-offs, if they bear the right label.”  Unlike Peacocks — no counterfeit tails here — humans have not evolved a way to accurately determine underlying quality.  Until they do (in a few million years), marketers rejoice.