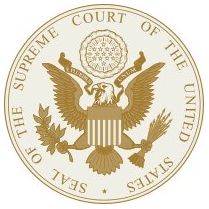 The Supreme Court was careful to note that it did NOT decide whether patents are ‘property’ for the purposes of the ‘Takings Clause‘ of the Constitution.  Under the ‘Takings Clause’ of the 5th Amendment, the Federal Government must compensate a property owner when the Federal Government takes property.  Predictably, a new class action lawsuit has been filed demanding compensation for patents cancelled by inter partes review.  Hopefully Congress or the USPTO will act to restore some fairness to the inter partes review process before that case makes it to the Supreme Court.

The new PTO Administrator has taken the first step to do exactly that.  As his first official act, PTO Administrator Andrei Iancu proposed regulations requiring USPTO inter partes review panels to interpret claims in the same way that a Federal court would interpret those claims.  This is a small but positive move in the right direction and, hopefully,  start of a trend.