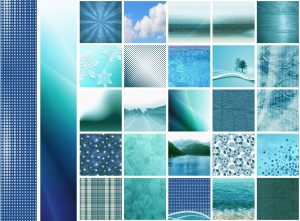 In 2016 Justin Goldman, a photographer, snapped a photograph of NFL quarterback Tom Brady and Boston Celtics president, Danny Ainge, strolling together in the Hamptons. According to reports, the Celtics were at the time attempting to recruit NBA star Kevin Durrant. Goldman uploaded his photograph to Snapchat after which it went viral being posted on various social media platforms including Twitter. New services caught wind of the Hampton meeting. Breitbart News, Time, and Yahoo, among others posted various tweets that embedded Goldman’s photograph for viewing.  It is important to understand that although the news services presented the image for viewing, the original image was being hosted on a server not belonging to them.

Goldman, believing the news organizations infringed his copyright in the Tom Brady photograph, sued them all in the United States District Court for the Southern District of New York. Among the various copyright issues before the court was whether the posting of tweets containing embedded links to photographs was an infringement of Goldman’s display rights under copyright.  In a recent article posted in this  newsletter, we concluded, as have others, that linking to photographs hosted by someone else’s server was likely not copyright infringement.  This conclusion is based on the 2007 Ninth Circuit Court of Appeals opinion in Perfect 10 vs. Amazon.  The Perfect 10 court held that Google could display linked copyright protected images in the context of its search results so long as the original images were hosted on another server. Courts have extended the Perfect 10 holding to mean that linking to photographs in contexts other than search results does not constitute copyright infringement. But now comes the Goldman case, which may have significant implications for this not so settled doctrine.

Judge Forrest, presiding over the Goldman case, ruled that the Perfect 10 case was not relevant to situations where news services were linking to content hosted on another server. She rejected the Perfect 10′s premise that “actual possession of the work [is] a prerequisite for infringement.”  Remember, Google never possessed the images found in search results. Judge Forrest observed that the Copyright Act does not suggest that possession of an image is necessary in order to display it. Moreover, she noted that the defendant news services took active measures in their code to actually “display” the image. Whereas in Perfect 10, Google operated a search engine that required users to make an active choice whether to click on a thumbnail image and display the original. Based in part on these distinctions, Judge Goldman held that the so-called server test is inappropriate for Mr. Goldman’s case. The court held in his favor on summary judgment.

What does this mean?  Well, for one thing, if Judge Forrest’s opinion stands, it could upset what is a common practice all over the Internet.  Media companies would have to revert to practices, now considered irrelevant, like asking creators for permission to display copyrighted images.  But will Judge Forrest’s opinion stand?  The case is not over.  The court has yet to address the question of whether the news service’s use of the images constitute “fair use”  and, of course, the ruling will likely be appealed.  We will keep you informed.