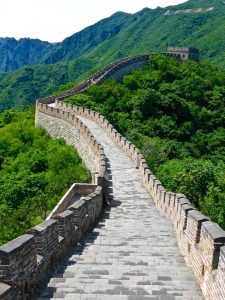 China conquered the low-cost, low-margin manufacturing sector of the world economy.  Now it’s after the high-cost, high-margin, creative side of the economy.

How will it get there? Through patents, of course.  Thirty years ago, China had no patent system to speak of.  Now the Chinese patent law is in its fifth generation and the Chinese government is trying to make innovation and protection of intellectual property part of the culture of every business.

Obtaining a Chinese patent is all well and good, but a patent is worthless unless it can be enforced.  In 2014 Chine created specialized intellectual property courts to hear patent and trademark cases.  In the first round of cases, the new courts have been very plaintiff-friendly, with plaintiffs, including foreign plaintiffs, winning most infringement cases.  The new Chinese intellectual property courts are lauded as fair, fast and cheap. Domestic Chinese companies are just now recognizing the consequences of an active patent enforcement landscape.

Old ways linger and China still has a problem with copyists and industrial espionage (as well as the state-sponsored type).  Nonetheless, the Chinese leadership, as reflected by the official press, has taken a strong stand in favor of protecting invention through patents, including through State investigations and actions in court.  As the U.S. retreats from protecting inventions, China advances.   Silicon Valley, beware.