What is the “USPTO?”

The “USPTO” is the abbreviation for the United States Patent and Trademark Office. It is a federal government administrative agency under the Commerce Department that is responsible for granting patents and issuing trademark registrations. Facts about the USPTO: While this sounds simple enough it is actually a large agency, which hires talented lawyers and technical staff (scientists and engineers), and is self-supported by filing fees. The USPTO is headquartered in Arlington, Virginia and has more than 9,000 employees, most of them patent examiners.

Why does the USPTO exist? 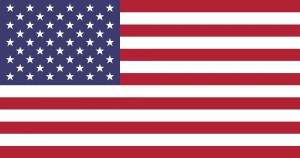 The origin of the agency lies in the United States Constitution, which empowers the legislative branch to “promote the Progress of Science and useful Arts, by securing for limited Times to Authors and Inventors the exclusive Right to their respective Writings and Discoveries.” The USPTO’s power to issue trademark certificates is also derived from the U.S. Constitution, specifically the Commerce Clause.

The USPTO plays a very important role in the U.S. economy. Here’s what the agency says about itself:

Under this system of protection, American industry has flourished. New products have been invented, new uses for old ones discovered, and employment opportunities created for millions of Americans. The strength and vitality of the U.S. economy depends directly on effective mechanisms that protect new ideas and investments in innovation and creativity. The continued demand for patents and trademarks underscores the ingenuity of American inventors and entrepreneurs. The USPTO is at the cutting edge of the nation’s technological progress and achievement.

The USPTO also has two departments for handling patent and trademark appeals. They are known as the Patent Trial and Appeal Board and Trademark Trial Appeal Board.

A patent for “an invention is the grant of a property right to the inventor, issued by the United States Patent and Trademark Office.”

A trademark is “a brand name. A trademark or service mark includes any word, name, symbol, device, or any combination, used or intended to be used to identify and distinguish the goods/services of one seller or provider from those of others, and to indicate the source of the goods/services.”

If you or your business is looking to file a patent or file a trademark you will be interacting with the USPTO.