Ask Dr. Copyright © About Parodies and Fair Use

I just had a lovely night at the theater, where I saw the musical “Vape.” The show was a copy of “Grease,” but with changed lyrics for nine songs and dialog that exposed just how sexist Grease is. Vape advertises that it is, “A live musical parody of Grease!” Vape doesn’t pay the copyright owners of Grease anything! How can they get away with this? 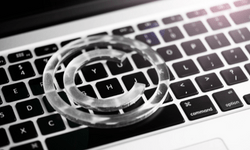 In a word, PARODY! You see, one of the clearer cut “fair uses” under our Copyright statute (17 USC §107) is parody, which the dictionary tells us is, “an imitation of the style of a particular writer, artist, or genre with deliberate exaggeration for comic effect.” Beyond mere comedy, parody often contains some element of criticism, as well. For a master class in parody, see MAD Magazine (https://www.madmagazine.com).

According to a recent summary of Vape, it “pokes fun at various absurdities in Grease” and “uses millennial slang, popular culture, a modern lens, and exaggeration to comment upon the plot, structure, issues and themes of Grease and to criticize its misogynistic and sexist elements.” For instance, Vape changes certain elements of Grease, including the script and lyrics to songs, in order to emphasize the misogynistic features of the original work. For example, when Danny apologizes to Sandy in the movie, Grease, after he treats her poorly during their reunion at Rydell High School, she forgives him and they continue their relationship by going out to a restaurant with their friends and to the school dance together. Vape capitalizes on Sandy’s decision to forgive a man who treated her badly. In Vape, she also accepts Danny’s apology, but adds, “Lucky for you, society has taught me to give an unlimited amount of chances to undeserving men.”

Capitalizing on the famous “bad Sandy” ending of Grease, in Vape, Sandy arrives at the last-day-of-school celebration in her greaser outfit and explains that she has experienced a “sexual awakening while also abandoning [her] identity and values.”

The owners of the copyright in Grease tried to shut down the new play. They claimed, among other things, that Vape infringed their copyright. In a recent ruling, Judge Laura Taylor Swain ruled that Vape is fair use, and thus does not infringe on the Grease copyright. It took Judge Swain 22 pages to reach her conclusion, and she provides a thorough analysis of the factors of fair use and the history of how courts have viewed parody and criticism. The Doc recommends that you read it all, with a tube of Brylcreem and a switchblade comb handy. For the view of Vape, click here.

Want to poke fun at a famous copyrighted work? The attorneys at LW&H have (unlike most intellectual property lawyers) a great sense of humor and a fully developed sense of irony. Give them a call.