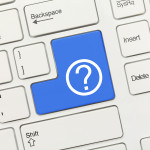 Can you explain what’s protected by copyright when a newspaper or television or radio station reports facts about the news? How can we expect the news to be balanced and fair unless certain broadcasters get to own some of the facts that they investigate and report? After all, running a network costs money!

The Doc fully understands your concern. It must cost a lot to produce all of those fancy graphics that tell viewers that the world is ending and that the President is a communist! Seems like the you should have a copyright to protect your investment, and that others shouldn’t be able to use it without your permission, doesn’t it?

There has always been a tension between copyright and the First Amendment when it comes to news. On the one hand, it costs money to gather and report the news, even though it’s just a bunch of facts (or, at least we hope that what you broadcast contains at least some facts.)  On the other hand, copyright protects creative expression, and has never legally protected facts, which are free for anyone to reproduce. That’s why things like telephone directories and vote totals are not copyrightable under US law. To try to walk a thin line between these two principles, courts came up with the “Hot News” doctrine. Under that approach, used mostly in New York, news, even factual news, was protected (but not by federal copyright) from poaching for a short time while it was “hot” or “fresh” because courts recognized that it took effort (they called it “sweat of the brow”) to gather and publish the news quickly (“Extree, Extree! Read All About It!).

In September, Fox News Network (you’ve heard of them?) sued a company called TVEyes for copyright infringement. TVEyes records more than 1,400 television and radio stations, 24/7, and using computers, provides a searchable database of every word that is said on-air. They also provide more than 2,200 subscribers (including the White House, members of Congress, media companies, financial companies, trade associations and others) with clips, transcripts, and analysis. Subscribers have to agree not to rebroadcast anything they get from TVEyes.   Fox News claimed that recording by TVEyes infringed Fox’s copyright, and they wanted an injunction to stop TVEyes. TVEyes responded by saying that what they are doing is “fair use” under §107 of the Copyright Statute.The Court explained that TVEyes’ use of Fox content was “transformative” in nature, because the searchable database changed that way in which the material could be located, tracked and used.

The Court noted that use for criticism, comment, and news reporting provides a strong indication that the use is fair, and thus, not an infringement of copyright.  The Court then went on to discuss the four factors that the Copyright Law provides for analysis of whether a use is fair. In a 32 page decision the Court found that TVEyes indexing and clipping services were a fair use, but allowed the use of certain search functions to remain alive in the case (search by time/date, for instance.)

The Court also addressed the “Hot News” claim. The judge noted that one of the elements of this claim is that the alleged copier of the hot news must try to pass that news off as his own. Here, TVEyes specifically shows that the news comes from each of the 1,400 media outlets that it monitors, including Fox News. The Court then found that the Hot News claim was “preempted” by the federal Copyright Statute (that is, the federal law makes equivalent state law claims inoperative.)

So Ben, the case goes on in some small way, but for the big issues, it’s effectively over. TVEyes use is fair. The interests have been balanced.And all the news that fits, LW&H prints.  If you’d like to know if your use of someone else’s content is fair, call the attorneys at LW&H. When it comes to fair use, they’re the fairest in the land.