What’s So “Efficient” About Patent Infringement?

In a recent editorial in the New York Times, Joe Nocera discussed “patent trolls” and the concept of efficient infringement of patent rights.  Briefly, this idea is that large companies just ignore patents completely, taking a “so sue me” attitude, knowing that they have legions of lawyers who can wear down patent owners, and that even if the final ruling goes against them, the damages that they will be ordered to pay are lower than the cost of honestly negotiating the right to use others’ inventions in the first place. In a capitalist system, this behavior makes perfect sense, and patents are not the only area of business where we see the adage, “It’s easier to get forgiveness than permission” played out. 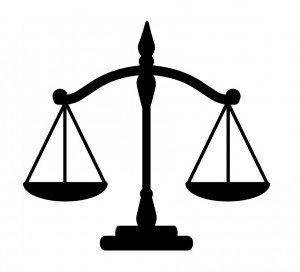 How has this “efficient” system been allowed to take root? It stems from a landmark 2006 ruling of the Supreme Court, “Ebay v. Merchexchange“. (547 U.S. 388)  Prior to that ruling, courts routinely granted patent owners injunctions once infringement was proved. That is, because the U.S. Constitution says that patent owners get “exclusive rights” to their inventions for a limited period of time, they have the right to exclude others from using the invention without permission (and that permission is known as a license.) The law allowed for these injunctions for over 100 years. Then, in the Ebay case, the Supreme Court said that if the injunction would harm the company that was infringing, its employees, customers, or others more than not granting it would harm the inventor, then no injunction should issue. Companies that were using patented inventions then replied, “If you keep us from continuing to use this invention, we will have to fire many employees.” (The patent equivalent of the kid who kills his parents begging for mercy because he is an orphan!)

With no real threat of patent owners shutting down infringing products with an injunction, executives made the “correct” decision – and they now just steal many patented inventions, inviting inventors to sue. When inventors sue, the companies call them “patent trolls” and drag the cases out, sometimes for more than a decade. This behavior is great for large companies and their shareholders.  Not so much for small companies and inventors. For such small patent owners, the light at the end of the tunnel is just the onrushing locomotive, coming to crush their patent rights.