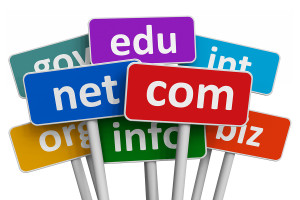 Your trademarks are among your company’s most valuable assets; controlling them is a necessity for successful branding.  Domain names, particularly if they incorporate your trademarks, are part of your intellectual property portfolio and demand as much attention as your other assets.

Sometimes, through no fault of your own,  another company owns a domain name, which flatly infringes your trademark.  Such was the case with a client who recently retained Adam Garson of Lipton, Weinberger & Husick to reclaim a domain name from Marchex Sales, Inc. (Marchex), a public company in the business of acquiring huge portfolios of domains for Internet marketing.  It owns such domains as videocamera.com, Debts.com, LasVegasVacations.com, CareerInfo.com and RentGuide.com.  Marchex was running a website using our client’s trademark as its domain name.  The web site contained various links to related goods and services including our client’s competitors.

Our client’s trademark, which cannot be disclosed here for confidentiality reasons, was only recently registered with United States Patent and Trademark Office.  Nevertheless, it had been using the mark since the 1990’s and could prove continuous use until the present.

To rescue our client’s domain name, LWH filed an administrative action with the National Arbitration Forum (NAF) under the Uniform Domain-Name Dispute Resolution Policy (UDRP).  The UDRP is a procedure sanctioned by the Internet Corporation for Assigned Names and Numbers and is available to anyone who has a domain name dispute.  The UDRP may be used to obtain an order directing a domain’s registrar to transfer the domain to its rightful owner.

To succeed, the plaintiff — in this case our client — is required to prove the following:

(i) its domain name is identical or confusingly similar to a trademark or service mark in which the complainant has rights; and

(ii) it has no rights or legitimate interests in respect of the domain name; and

(iii) its domain name has been registered and is being used in bad faith.

The process involves eight steps, from filing a complaint to final review.  In our situation, it took 60 days after filing the complaint for the NAF to render an opinion.  The panel found in favor of our client on all three counts.  Marchex, the Respondent, argued that at the time it acquired the domain name, our client possessed no trademark rights because the trademark was generic and descriptive.  The Panel rejected that argument.  Here’s a sample from the panel’s 24-page opinion:

Complainant’s uncontested relevant evidence presented in support of Complainant’s having timely common law trademark rights in the at-issue mark are sufficient to demonstrate secondary meaning and overcome any presumption that the … mark is generic notwithstanding that each of the component words may be generic when taken discretely.

It thus seems disingenuous for Respondent to claim it acquires domains because of the target domain name’s descriptive value. And even if Respondent’s motivation is as stated, the fact that Respondent cares not that it also is acquiring trademarked names is troubling and further calls into question the bona fide nature of Respondent’s endeavors….Registrants of large numbers of domain names or those acquiring domain names in bulk must be particularly careful in respect of the rights of third parties.

The case demonstrates that trademark owners who can establish common law trademark rights can prevail against large corporations even when the odds do not seem particularly favorable.  Let us know if we can assist you with your efforts at reclaiming your trademarks and domain names.